Winter (Such As it Is) into Spring

With the beginning of June’s rainy season just around the corner and the slow tailing-off of high visitor’s season, things have become slightly less frenetic around Cafe Zoom and the Vietnam Vespa Adventure offices (a couple of tables in the back of Cafe Zoom). But that doesn’t mean we haven’t been busy – or that we’re not running around like ants at a spring picnic preparing for upcoming tours. Two weeks ago we hosted a big group for our seven-day Nha Trang tour — three Australian couples and a pair of Americans from San Francisco. The six Aussies — Peter and Samantha, Jamal and Francis, Mark and Lee-Ann — were fearless, exactly the kind of adventurers we like to have on the tour.

Special kudos go out to Mark and Lee-Ann, strict vegetarians who, it must be acknowledged, couldn’t always find Sydney-quality vegetarian meals in the canivore-centric backwaters of Vietnam’s countryside. To most Vietnamese, a vegetarian is simply a confused individual, and their idea of a meatless meal is often a dish with only a little pork or fish or beef or prawns instead of a lot. Mark and Lee-Ann, however, handled the ups and downs of Vietnam-style vegetarianism with true equanimity, and they deserve to treat themselves to a big tofu T-bone for their patience and accommodating spirit.

We’ll also be the first to admit that the Aussies in this group could drink us under the table. Our hats go off in particular to Peter (the spitting image of SNL‘s Will Ferrel in appearance and manner if ever there was one) and Jamal, who together set the bar (so to speak) awfully high for future travelers.

Finally, our American friends on the tour, Rose and Dan, were also they savviest technology propeller-heads we’ve ever hosted. Dan rode the entire seven days with a special contraption mounted to his chest which allowed his iPhone to record photos and video of the whole trip. The two of them also blogged, GPS’d and Tweeted the whole trip, so we’re very much looking forward to sharing some of that 21st-century storytelling with you as soon as we can figure out what to click. Dan’s promised to share everything with us. We only hope it all comes with an instruction manual. 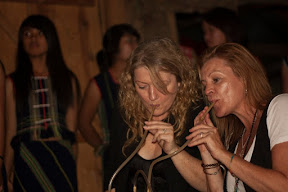 Fransis and Samantha hit the local rice whiskey with a passion born of long experience, we suspect 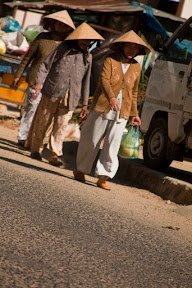 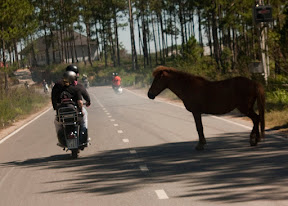 Josh and Francis commune with the local wildlife 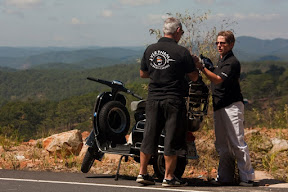 Mark and Lee-Ann pause for a stretch at 1,500 meters 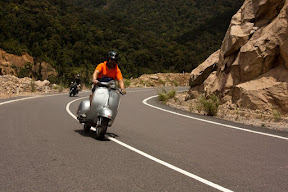 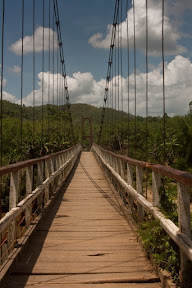 Not officially part of the tour route, but begging to be explored anyway 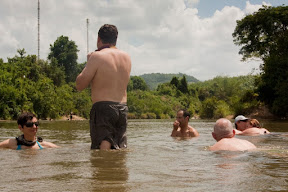 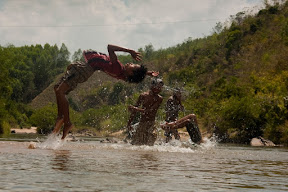 We weren't the only ones enjoying the river that day 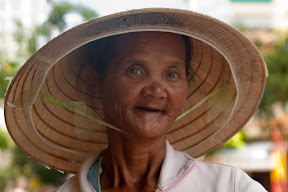 Teeth - who needs 'em when you've got a hat as nice and cool as this. 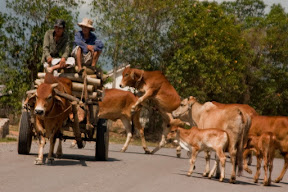 Ah, the miracle of life in the countryside, it doesn't get any more real than this 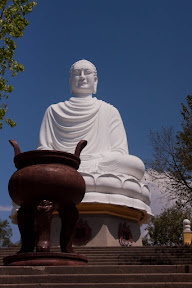 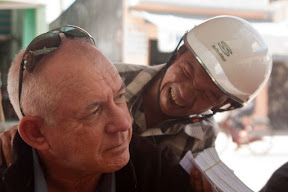