Two Weeks on the Road

Josh and Walter are just back from a pair of back-to-back, week-long tours to Nha Trang, and we’re not sure we’ll ever walk entirely straight again.

I flew into Dalat Saturday evening to join up with groups, this time a crew of seven who were doing the full Vespa Adventure — seven days worth of scootering from HCMC to Nha Trang. By the time I met up with them around dinnertime, they’d already been riding for three and a half days, having traded the the pang of sea salt and drying fish for the fragrance of fir needles and wood smoke the day before, with the drive up into the highlands from the coast and Mui Ne’s famous white sand dunes. We spent the evening on the outskirts of Dalat, inside one of the traditional wooden longhouses common to the Lat ethnic minority. One of 50-plus such minorities within Vietnam, the Lat can hardly be called Vietnamese; they speak a different language entirely (their Vietnamese language skills are almost nonexistent) and their dress and culture calls to mind Indonesia or French Polynesia more than Vietnam. The evening began with a judicious application of home-distilled rice whiskey, served with two long straws in a pottery jug, which — it became clear afterward — is meant to help visitors loosen up for the singing and dancing that was to come.

The views on the road down to Nha Trang the next day, as always, were spectacular — even along the 20km stretch of mountainside road that’s being resurfaced between Dalat and Nha Trang. The result was a ride that seemed to shake our teeth loose and rearrange our innards permanently. The orange dust of the unsurfaced road covered everything for meters on either side: trees, houses, motorbikes, barnyard animals, sleeping dogs and people. Massive orange clouds billowed up at the touch of a wheel, obscuring the roadway and anything on it in a fog of ochre-colored powder. Visible in glimpses beyong the orange-tinted world of the road was the river, sidling along through hills and forest below and to the left, its lure a song that could not be heard, only imagined. When we finally reached the end of the dirt path, we asked for directions to the nearest swimming hole from a local and plunged as a group into the rishing water beneath a decrepit bridge, some in shorts, some in their undergarments, others wearing considerably less. 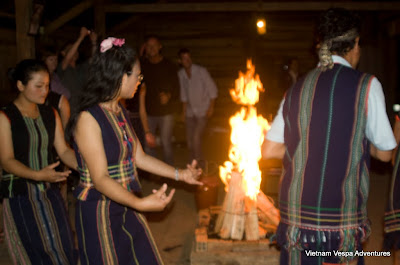 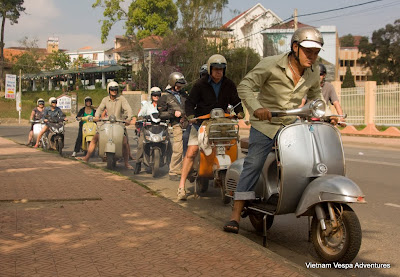 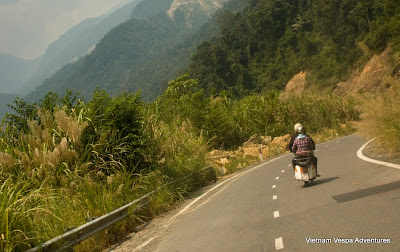 The scenery opens up right away 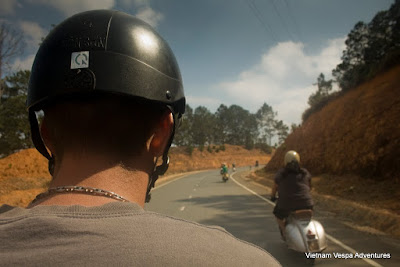 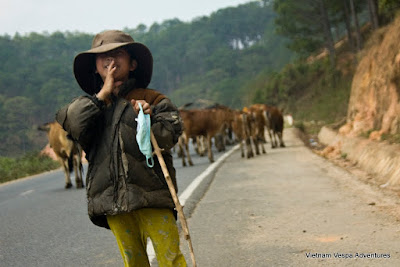 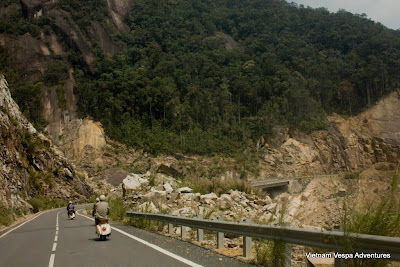 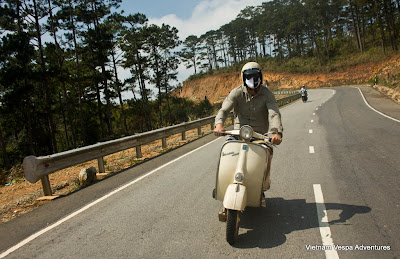 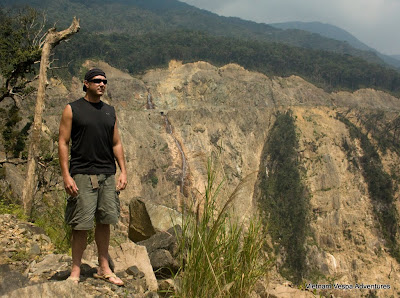 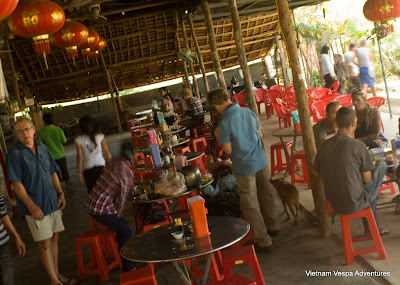 Brunch must be observed, even if it's just for a cool glass of iced tea and a chance to sponge off two hours worth of road grit 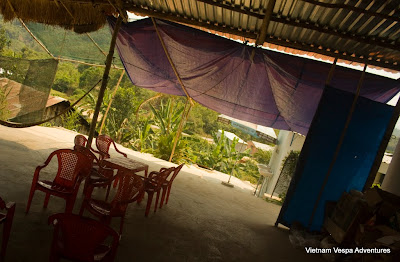 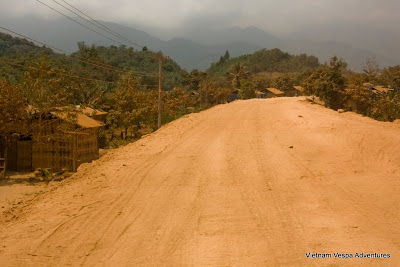 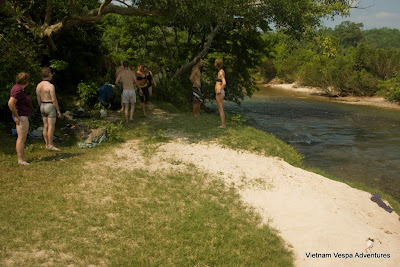 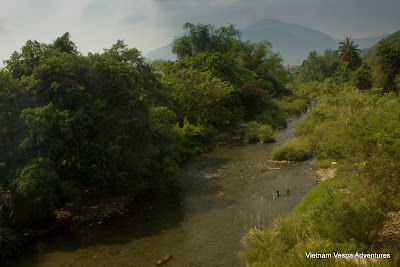 You've got to get out of the city to see views like this. 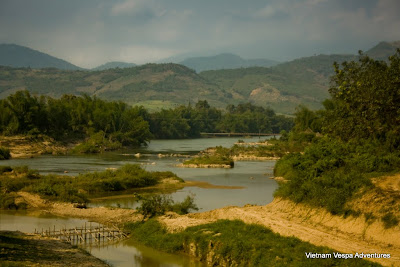 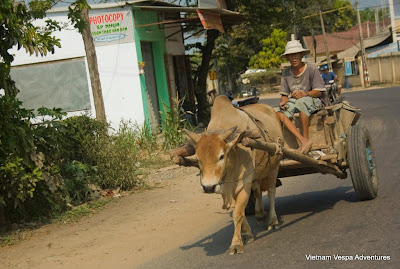 How does one measure horsepower in a cow? 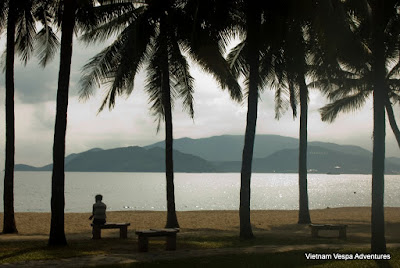 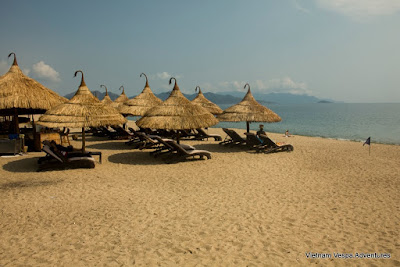 The beachfront at the Sailing Club, just a few meters walk from Louisiane Restaurant and Brewery 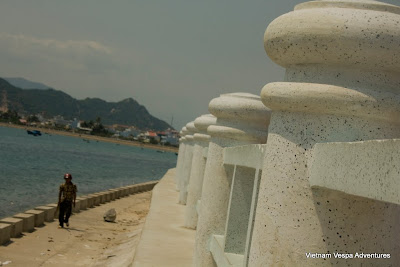 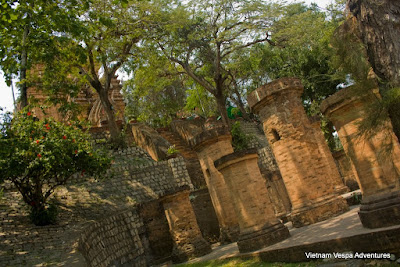 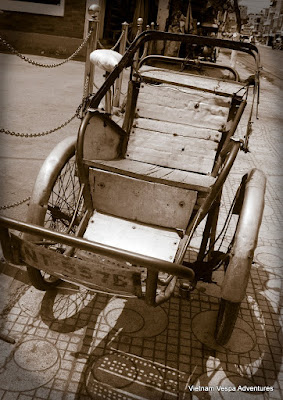 The whole group gathers for lunch on day seven