The Craft Beer Fever in Vietnam

I would like to tell you about the history of craft beer in Vietnam but there isn’t any to speak of. The industry is very new, only a couple of years old and that’s the best part, we are on a drinking adventure in unchartered territory! The drive and commitment that these passionate pioneers have is unmatched as they are constantly experimenting and developing new flavors and brews. There are IPA’s, stouts, pale ales, ciders and porters – it’s difficult to choose a favorite and you probably shouldn’t because next month there will be a new batch of tastiness that will be sure to please your thirsty palate.

Since I’m big on confessions, I admit that I did not enjoy craft brews in the US particularly because the US craft beer movement had not taken off in South Carolina as it had in northern parts of my country but since moving to Saigon, I can’t get enough of them! Do you really want to drink the same old Tiger that’s so watered down it barely tastes like beer? Or do want to try something bold, delicious and full of flavor that also has a wee bit higher alcoholic content?! The Master Brewers of Saigon are using local ingredients such as fruits, coffee and spices to create all varieties of beer and ciders that will challenge your taste buds, leave you refreshed and force you to think about what/how you drink beer from this day forward. The strange and weird names of some of these beers will definitely lure you in but you will be hooked in the blink of an eye because of the distinctive tastes and big, bold flavors.

The Vespa Adventures Craft Beer tour is quickly becoming one of our most popular evening experiences, our guests cannot stop talking about how much fun it is. Besides Zoom Cafe, the tour makes four stops at the best breweries and tap houses that Saigon has to offer. At each stop the beers are paired with yummy snacks and treats that are masterfully selected to compliment each brew you taste. First up is BiaCraft Artisan Ales which is like a warehouse to all the craft beers brewed in Vietnam, on any given night this taphouse has over 80 different beers to choose from. You make your choice and then their chef will perfectly select which tasty treat goes best with that brew, it’s a win/win situation in my opinion! Next, we enter the darkness, the Heart of Darkness that is. This taphouse brews it’s beer on the outskirts of Saigon in Bihn Duong, employs many local workers, has created over 180 different beers in two short years and is heavily involved in charitable causes, community outreach programs such as Green and Clean Vietnam and works arduously to produce the best beers in Asia. The tour stops next at the only place in Saigon that brews it’s beer on site – East West Brewing Company. This fascinating bar and restaurant will take you on a journey through the whole process of brewing beer from beginning to end, including the massive vats on the second floor and the bottle capping machine, this brewery will amaze you with their modern-day techniques to create beers that are sure to delight everyone. They have monthly “special” brews and the multicultural food selections are unique and loaded with flavor, just like their beers. The commitment to quality and passion to create great adult beverages is evident in every aspect of this beer wonderland. The final stop on the tour is Pasteur Street Brewing Company, named for the street where their first craft beer taphouse in Saigon was opened in 2014. This establishment is like coming home, it feels as if you have family welcoming you with delicious food and even better beer, it’s as if they have known what you wanted before you arrived. PSBC is another prolific developer and producer of flavorful beers with about 200 creations in their short history. Known as the friendliest bar in Saigon, you will feel cozy and comfortable as the tour comes to an end. I will say it again, this will be one of the highlights for any visitor to Saigon whether they are a hard-core beer lover or a beginner connoisseur craft beer drinker like me. 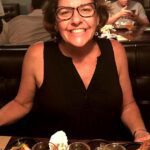 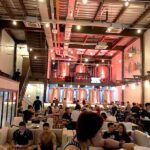 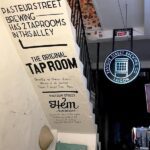 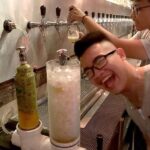 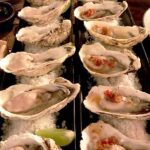 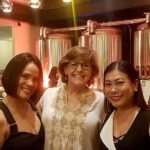